As usual, I felt a little burnt out from blogging in December and didn’t do much with my little space on the web. But after a lot of thinking, then failing to renew my WordPress account, then getting a smaller account and between Christmas and this first day of the new year, I’ve found my voice (blog voice that is) again.

First, my blog resolution is to be more personal without saying too much. (is that even possible?) It’s going to be like walking a tightrope to learn to respect my family & friends privacy as well as share the things actually happening and my perspective.

Second, my word of the year! A few years ago I was introduced to a word of the year instead of an impossible resolution that one gives up on by March. So, my word for 2017 is Brave. It’s a word that has been knocking around inside my head since 2014, and I’m excited and nervous to see what it means to be brave this year. A friend told me being brave is the same thing as being adventurous, taking a step without knowing the exact consequences. I have no idea what the new year has in store for me, besides a wedding in Texas in April beyond that it’s an empty calendar waiting to be filled. 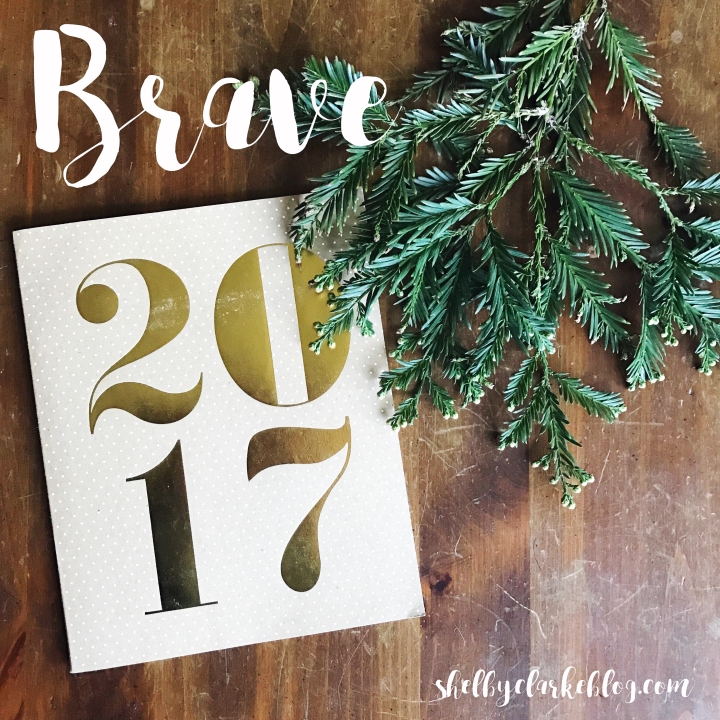 I failed to write a 2016 in review letter or post because Travis and I were ultimately devastated by 2016, it give us immeasurable hopes and then slammed the door on every. single. one. If I’ve learned anything from 2016 it’s to not be as emotionally driven and allow a view from logic, Stacie said I am looking at life situations in a whole new perspective. It’s a balancing act to have hope for the future but not be utterly devastated when things don’t pan out.

I interviewed for 2 jobs last year within Stitch Fix, didn’t get them but it was encouraging to see my lead and co-workers believe in me and support me. Then in late November my external hard drive stopped working, it took me a month to get a new one in and figure out how to restore my data, store said data and wait on a new drive to ship. Overall, a nightmare that no one should have to endure and I realized how much big companies like SeaGate really don’t care about their customers and their problems. After Thanksgiving my grandfather became extremely ill. Between understanding the situation, multiple doctor’s visits and tests, stage four cancer is the culprit. It breaks my heart that we aren’t there to help my parents and sister care for him and at the same time I’m extremely grateful for Travis and all the knowledge and insight he brings to a situation that no one was prepared for.

Final end of the year, accomplishment was purging all the stuff from our pantry we haven’t eaten in the last 12 months because of our Always Hungry Lifestyle, when we started I wasn’t going to throw it all away for us to give up or see no results. But we have and therefore all those things have been discarded so I’m not tempted by them. Because ultimately I’m the one that has a carb addiction.