Yesterday was Ash Wednesday, symbolizing the beginning of Lent 40 days leading to Passover, the crucifixion of Christ and His rise from the dead (easter).  The length of 40 days was chosen to commemorate Christ’s 40 days in the wilderness before beginning his public ministry, as described in Matthew, Mark, and Luke. Since I didn’t grow up Catholic, I didn’t practice Lent until Travis was in Seminary and we really began to follow the church calendar more carefully.

The Lenten time is a time for believers to reflect and prepare through prayer, penance, repentance of sins, almsgiving, atonement and self-denial.

Traditionally, I have known Lent as the 6 weeks when all my friends give something they love up in the name of God, be it chocolate, extra TV time, soda, sugar, etc. all in hopes of being closer to God. But usually they would give in and be disappointed in themselves by the time Easter rolled around. Which is how I feel the Jewish people felt about the Law. It was unattainable and life is well unpredictable and tempting. Thankfully Christ, fulfilled the Law so we wouldn’t be help accountable to an impossible standard.

So this year instead of giving something up I would like to gain something. I would like to be kinder, be happiness to everyone I meet, do random acts of kindness weekly, and be positivity everywhere I go. In doing so, I hope I shine for my Savior.

I will probably fail once or twice, if not more than that but I want Lent to be a time of living life daily for God and showing love. Join me in loving my neighbor this Lent. 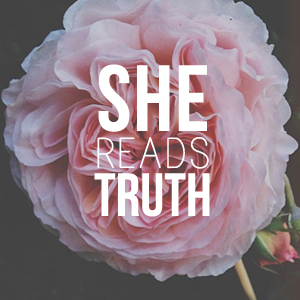 She Reads Truth is doing a Lenten Study and began yesterday! There is time to catch up if you would like to join in!